Windows 11 version 22H2 aka Sun Valley 2 is set to launch later this month. Unlike the original Windows 11 release, it won’t be a massive update with radical design changes.

Instead, Sun Valley 2 will be similar to Windows 10 Anniversary Update, so you can expect minor improvements and a few new features.

The version 22H2 will contain a number of improvements and it will be offered as a full feature update rather than an enablement package.

Microsoft is testing a new feature that will allow you to pin more apps or activities in the recommendations section of the Start Menu.

Additionally, you can soon force the Start Menu recommendations tab to open files in Office web only if your device doesn’t come with full desktop apps.

There’s a possibility that Start Menu features will be released using ‘Windows Feature Experience Packs,’ which is a new way to update and improve the OS without major feature updates.

Microsoft is restoring the drag and drop capability. This means you can finally drag your files onto apps pinned to the taskbar. Or you can also drag apps to the taskbar to create shortcuts.

22H2 will refresh Task Manager with a new design based on Fluent UI and WinUI. 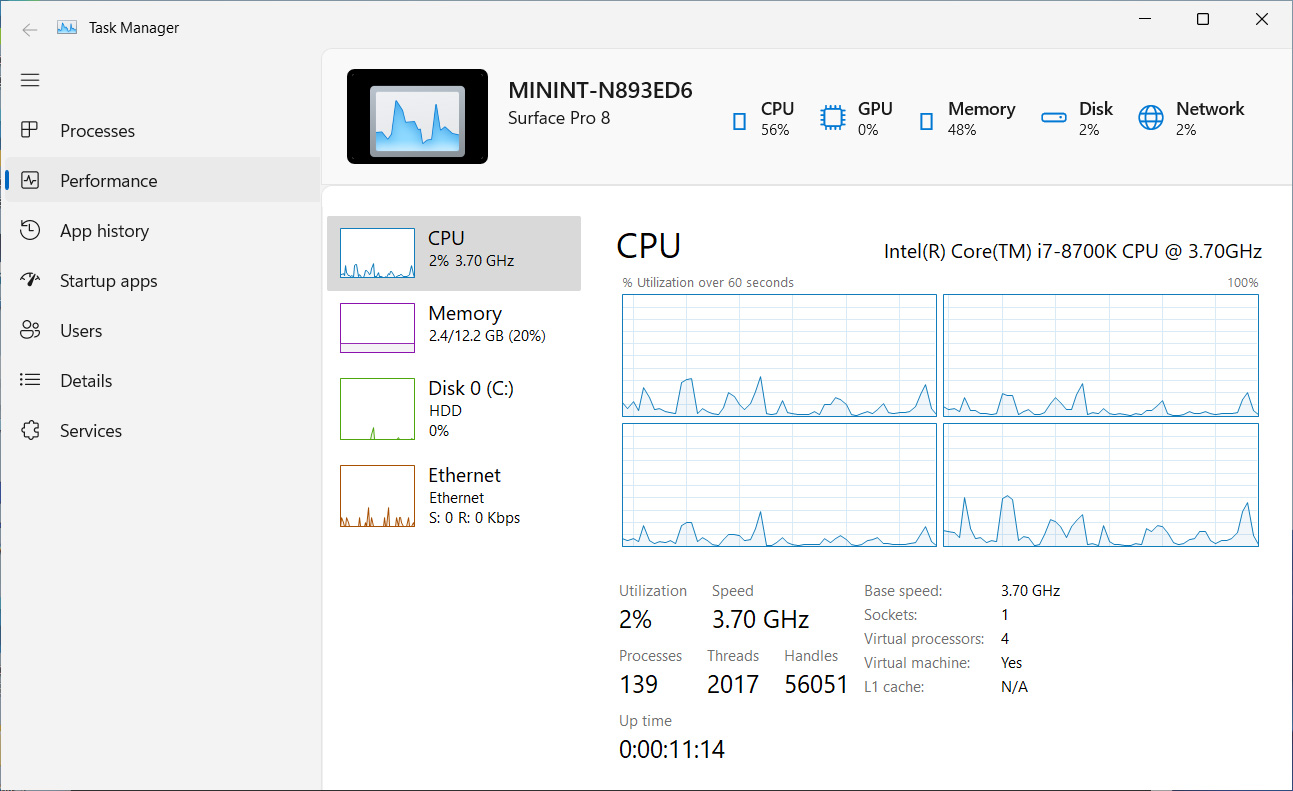 Like the current version of Task Manager, the new version can also display the same set of screens, such as Processes, Performance, App history, Startup apps, Users, Details, and services. However, there are a few noticeable changes.

As you can see in the below screenshots, Task Manager will now use a new sidebar or hamburger menu to display processes and performance options. This would make the Task Manager easily accessible on touchscreen devices. 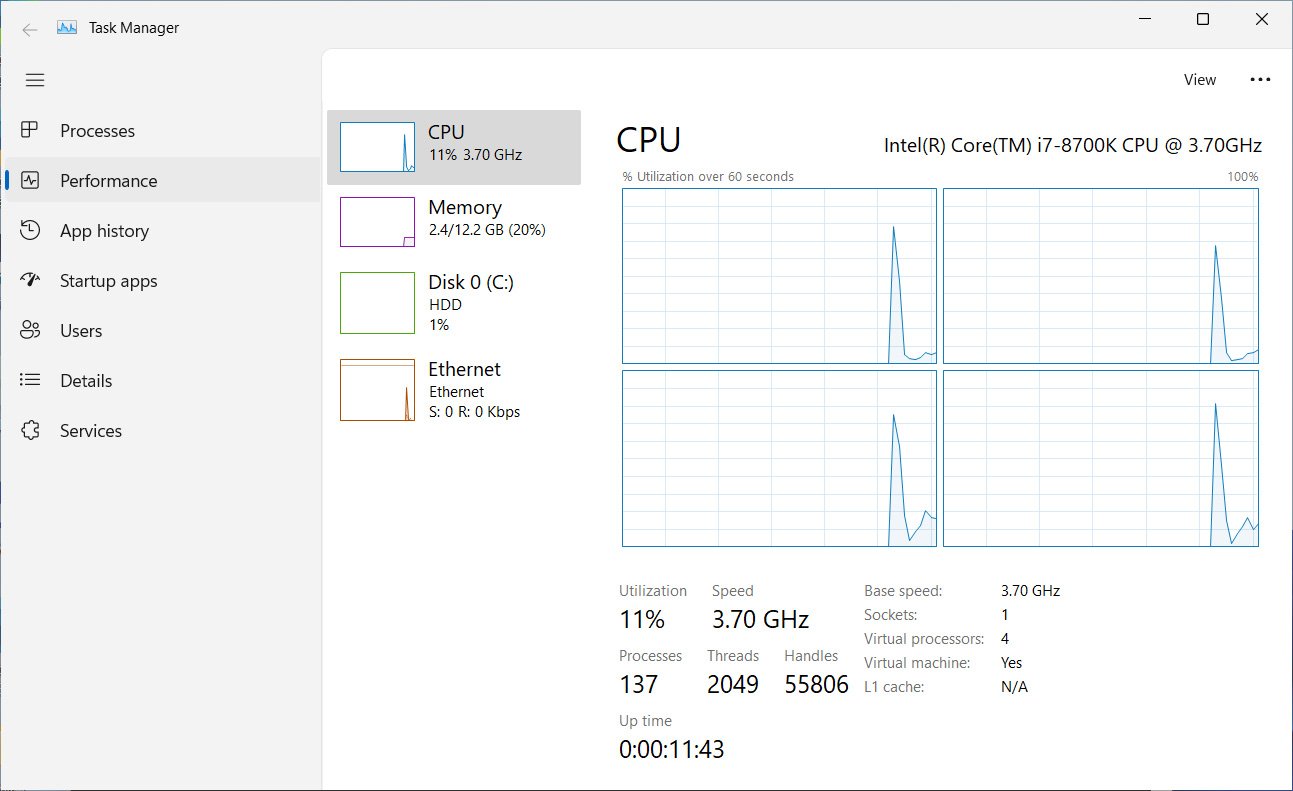 Microsoft is refreshing the design for the hardware indicators like sound and brightness.

Media controls that appear on the Lock screen when playing music in a supported app are also getting a new look.

The updated flyout matches the design shown for the media controls across the operating system and Microsoft’s vision for WinUI.

Interestingly, the media controls will use a dark theme to complement the rest of the Lock Screen visual style.

Microsoft has updated the experience of resizing app windows in snap layouts by overlaying the relevant app icon on top of the acrylic background.

Snap some windows using the snap assist, resize the snapped window layout using the buffer and watch the other snapped windows go out-of-focus overlaid with their app icon.

Microsoft is adding a new taskbar state that’s specifically designed to optimize the taskbar for tablets and make you feel more confident and comfortable using your device as a tablet.

There are two states of this taskbar

Windows Update will use data from partners electricityMap or WattTime to perform update installations to lower carbon emissions. Windows 11 will try to install updates in the background at times when greater amounts of clean energy sources are available.

You can still install updates immediately by navigating to Settings > Windows Update and choosing “Check for Updates”.

File Explorer getting support for tabs in Windows 11 version 22H2.

With tabs support, you’ll be able to manage folders/directories with ease and the experience will be similar to tabs in Microsoft Edge.

Microsoft is also working on a new modern sidebar called ‘Home’ and it will house options like This PC. The update will also improve OneDrive integration in File Explorer, thus making it easier to find what you’re looking for, allowing you to see all files in one centralized place.

You can pin files and make files as favourites similar to Microsoft 365 or OneDrive.

Additionally, Microsoft is also testing the contextual suggestions feature. This will allow users to easily share files with their contacts.

Microsoft is trying out new Windows Spotlight on desktop and it’s similar to the existing Spotlight feature for lockscreen.

Memory integrity is designed to prevent attacks from inserting malicious code into high-security processes. This feature can be found in Windows Security under Device Security > Core isolation and it’s a new feature exclusive to new hardware.

How to try these changes today

If you’re interested, you can download and install the preview update today as these changes are currently available in Windows Insider Beta channel

Windows 11 now warns when typing your password in Notepad, websites